Stories: How my paintings came about 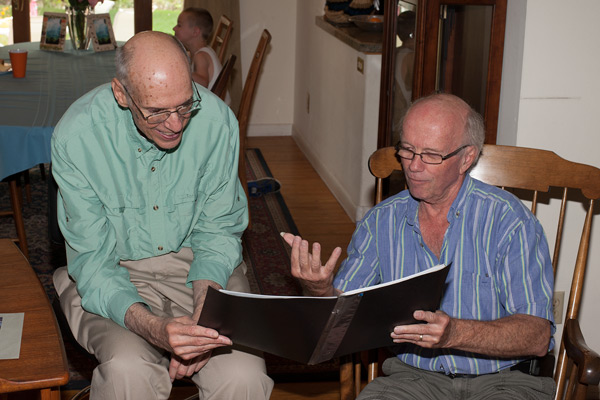 Jon telling the stories behind his paintings to Frank Davey, Colorado Springs Architect 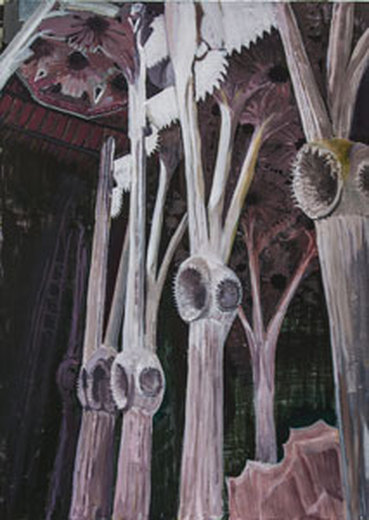 Exaltation One: The Nave of La Sagrada Familia, Barcelona, Spain
When Mary and I were in Barcelona in 2011, we visited Antonio Gaudi's La Sagrada Familia.  Since Gaudi was run over by a street car in the 1930s, work had progressed slowly.  The towers were in danger of collapsing, so they had to be supported by cranes.  We expected to see the structure in disrepair, but when we entered, we were in for a pleasant surprise:  Hundreds of workmen were finishing the vaults with high-tech equipment--scaffolds, cherry pickers and power tools everywhere!  When I looked up into the vaults, I was so overcome with awe that I shed tears uncontrollably.  It was one of the most worshipful moments I've ever experienced!  My painting shows scaffolding dimly in the distance, but the art nouveau columns and vaults in the foreground are completed. 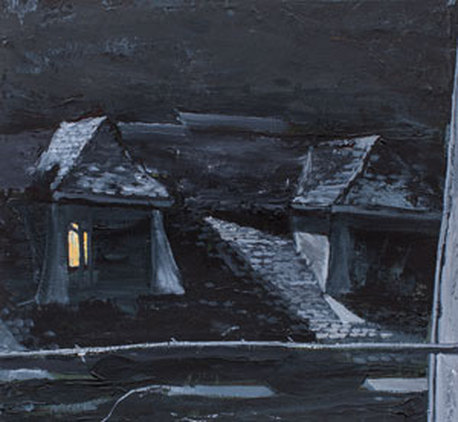 Hope Two: Light in the Dormer Window
I came across a photo similar to this scene: a Germanic rooftop, with one light in a hip-roofed dormer window.  The blackness of night, coupled with the barbed wire in the foreground window, gave the impression of sadness and suffering; the light in the dormer window suggests the possibility of joy and healing.